I often feel prayer is useless, especially long devotions, litanies, novena and specifically the rosary.  I know.  I pray a rosary every day, but as a Lay Dominican, that's a rule.  I pray the rosary because I follow the rule.  Besides, my prayer partner calls me to it.

However, this story from Warriors to Lourdes Pilgrimage hit me in my mind and heart.  I have hope and better belief, that prayer is not useless.  I believe it.

"In 2001, Richard Johnson suffered a major knee injury during an operation in Kosovo. He was given strong painkillers, which led him into an addiction that gradually dragged him into the abyss.

He spent the next 14 years in growing isolation and despair. When his family — practicing Catholics with a proud tradition of military service — lost all influence over him, they resolved to support him by prayer, from a distance.
“My family grieved me as I was basically gone,” Richard, 47, told CNA during the May 10-16 Warriors to Lourdes pilgrimage. “I spent years in darkness, with no thought, no emotion. I felt I completely lost my soul, while my mom was praying the rosary continuously.”
He is aware, with hindsight, that it is thanks to the intercession of the Blessed Virgin Mary that he emerged into the light.
In 2014, he experienced a psychotic break in which he lost all contact with reality. It took four years for him to come through it.
“One night, in 2018, in a totally sudden way, I heard the first thought in my mind in four years,” he recalled. “And I know now that all was connected. At that point, I felt what I would describe as a flood of grace. I felt at peace, started to feel emotions again, my soul was coming back.”
That night, Richard felt compelled to pray, even though he had cut himself off from his childhood faith as a teenager after his parents’ divorce, some 20 years earlier. A week later, a strong will to pray the rosary arose in him.
“I asked a Catholic friend I had in the Army to help me pray as I had forgotten everything,” he said. “Then I started reconnecting with people, with my faith and Scripture, and I became a completely new person.
at May 20, 2022

Every Wednesday at noon sharp, I can be found staring into the lovely faces of my writing peers via zoom for our weekly Senior Story Time,... 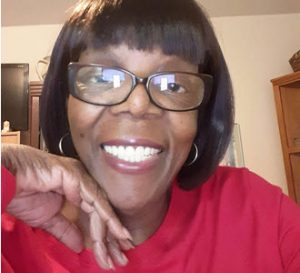