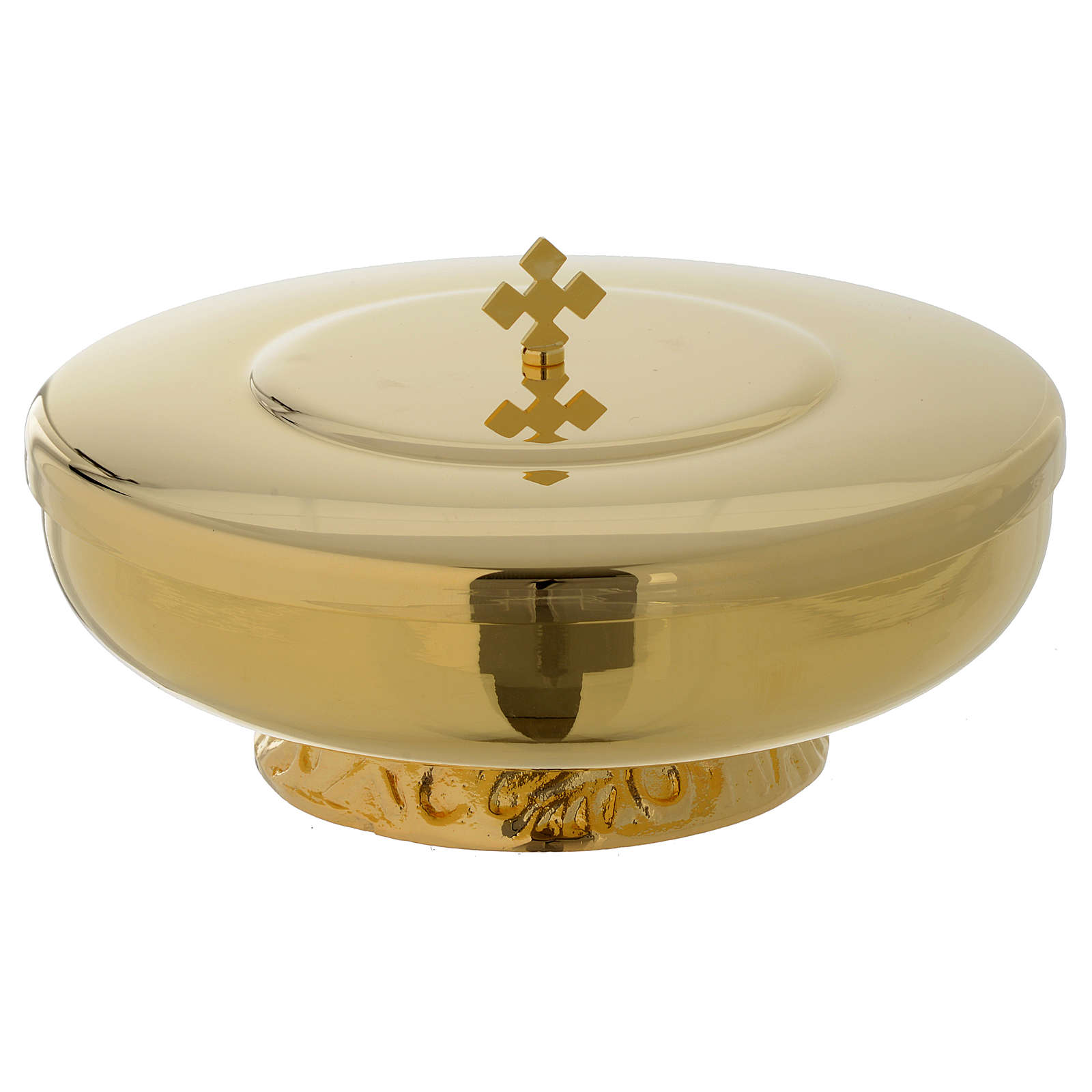 Explaining to my grandchildren that the consecrated Eucharist is held in a ciborium and displayed in a monstrance is a foreign language.

Also, the Eucharist is sometimes venerated in a monstrance.

Ciborium:  the vessel used to distribute the Eucharist