Soon I will be posting a book review on Sally Read's Night's Bright Darkness, which I am currently reading.  This morning I read something that made me laugh so much that I'm still chuckling over it.  I just have to share because I hope you will find it funny, too.

Here's the situation. Sally is going to be baptized. (This is a conversion story.) Her best friend will be her sponsor, Christina.  Christina is very pregnant.  Sally's spiritual advisor is Father Gregory, who is a Ukrainian Catholic priest.  In Italy where they live, RCIA is two years.  Christine can't wait.  Father Gregory gets his spiritual advisor and academic mentor, Father Morerod to pull strings.  Not only does he make arrangements for Sally to bypass the two year requirement, he gets Cardinal Cottier to perform the ceremony.

As fate would have it, the date the baptism is also the date of an election change in Italy.  There is always rioting in the streets resulting from whomever wins the election.  These four people (Sally, Christina, two priests) walk from their respective domiciles.  But they somehow do make it to the church safely.  However, Cardinal Cottier did not.  He is in his nineties and since all transportation was in a standstill, he would have had to walk, which was impossible for him to physically do.  So the four amigos walk to him--in the Vatican.

That's what made me laugh out loud.  It was the picture of these four racing to the Vatican: one very pregnant, one in a long black robe (Ukrainian Catholic habit), one in a long white robe (Dominican habit) and Sally in her new red coat.  What an image!  I can almost hear the music "Charlie Chaplin's Walking Stick" playing in the background.

To top it off, a cloud of starlings flew overhead.

...They sank in their thousands as one mass and came so low they almost brushed our head.  We could hardly hear ourselves for the rush of air and wings.  Then they began to excrete.  They got us one by one..."It's spiritual warfare," Father Morerod smiled, "one last attempt from the demons for your soul." 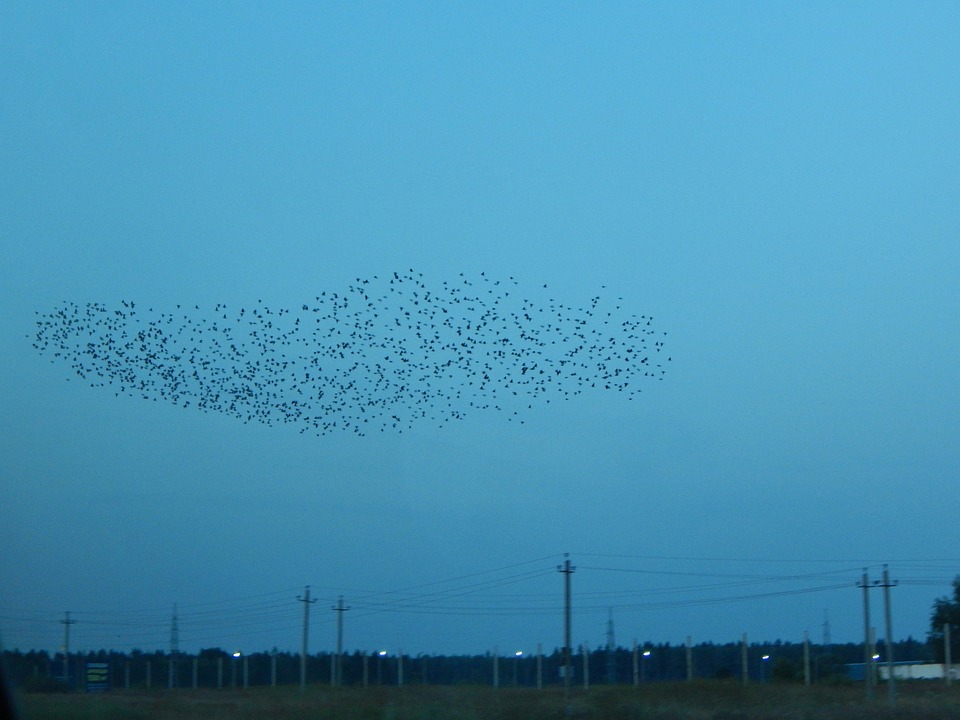