Via Negativa by Daniel Hornsby is a debut novel.  The title describes the major protagonist in the story, Father Dan.  Via negativa is a way of looking at God in terms of what He is not.  It is not the usual perception.  No one can get a handle on such a divine being.  Father Dan is not what you picture a priest, either.  He's kind of flaky and loosey-goosey.  IOW he's Sacerdos Negativa.

Father Dan has been retired, not his choice.  Hence, he's free.  He has always identified with the desert fathers, monks, and mysticism.  Now he has the time to experiment with asceticism with a twist.  He isn't going out to live in a cave, instead, he turns his car into a monk's cell.  This is his prayer mobile.

The book started out to be a comedy.  I laughed out loud at Father's Dan's antics.  He even picks up a coyote that was hit by a car.  He keeps it in a pet carrier, heavily sedated by feeding the coyote pills encased in spam.  Father Dan sets his leg and keeps the animal in the carrier for days, while he crosses the country.

Now think about it.  I think the coyote is Father Dan's alter ego. He is broken.  He isn't whole, not healthy.  The same is true of Father Dan.  The healthier Bede gets, so does Father Dan.  In the end, both are strong enough to leave their cells and go off and live.

Somewhere in the middle of the book, when Father Dan gets a gun, the laughs stop.  The comedy is dangerously close to tragedy.  Father Dan goes to kill a pedophile priest.  A runaway hides in Father Dan's trunk.  How's that look; a priest traveling with a young girl?  Father Dan's closest friend, Paul has died.  Finally, Bede bites Father Dan.

The story doesn't end there.  It actually has an "open-ended" ending.  Maybe there will be a sequel.  I hope it will be as entertaining as Via Negativa. 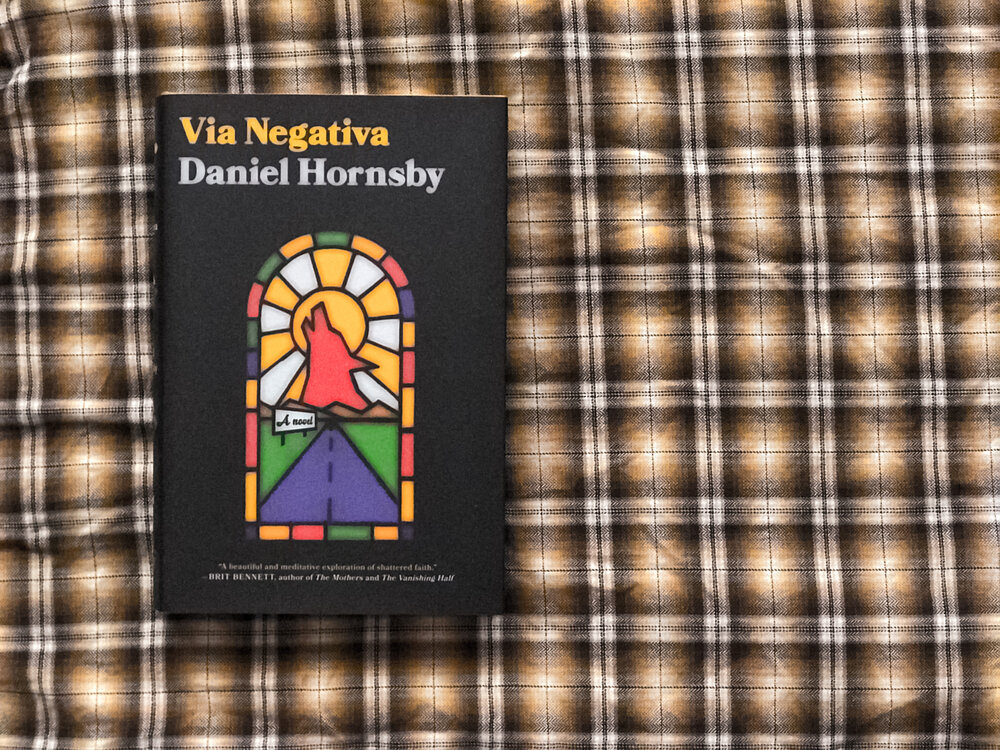