In the early days of Christianity, there lived a man called Simon.  This was a popular name.  Peter's former name was Simon, too.  But this Simon was a very good magician.  He was so good that some thought he was the messiah, due to his wondrous tricks.  There is even a statue along the Tiber River to the "holy god," which is attributed to the magician, Simon.

When Simon saw the success of Peter, curing the sick, healing the blind, etc., he wanted to do that, too.  So Simon asked Peter to give him the ability to lay on his hands and cure the sick.  Peter answered, "May your money perish with you because you thought you could buy the gift of God with money!..." Evidently, Simon tried to buy the healing charism.  By the way, this is where the term "simony" originates.

I'm not certain that Simon converts.  He says he believes and what he says I think is an excellent response: "Pray to the Lord for me so that nothing you have said may happen to me."  I plan to use the "Pray for me" part, the next time I am corrected. 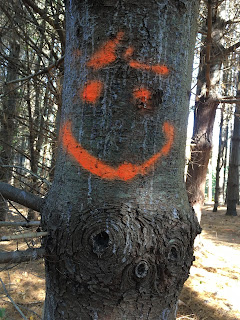 Email ThisBlogThis!Share to TwitterShare to FacebookShare to Pinterest
Labels: Acts 8: 18-24

It's bizarre that I'm preparing a Lenten Reflection Booklet for my Lay Dominican Region and looking at scripture prophesizing redem... 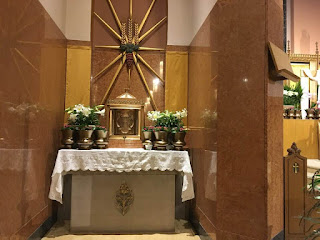