Icon of the Virgin Nicopeia 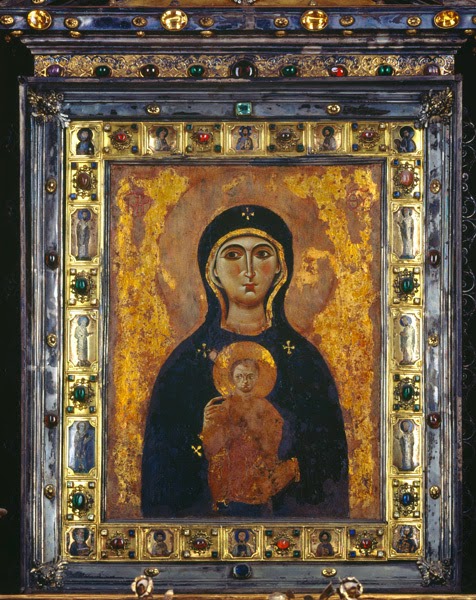 April 30 is the feast day of Pius V.  He is the pope who asked everyone to pray the Rosary during the Battle of Lepanto.

In looking at videos and pictures of the lucky people who were able to go to Rome for the two popes' canonizations, I saw a picture of this icon, the Virgin of Nicopeia in the church of San Marco. She has an interesting history.

The name itself, Nicopeia, means bringer of victories.  It was first mentioned in the first half of the fifth century.

The word Nicopeia indicates the place, Constantinople. There are actually many different types. The early Byzantine and widely spread style usually shows Mary seated on a throne in a frontal position with her feet on an imperial footrest. She is richly dressed in purple and the costume of the empresses. Seated on her lap is the Child, whom she supports with her left hand on the his left leg and her right hand on his right shoulder. This solemn and majestic pose is often accompanied by two angels holding the orb and the scepter at either side and as part of the frame.
The name "bringer of the victory" seems to have been attached to this form of icon after Heraklios selected this image of Mary and the Child and named them his protectors when he sailed from Carthage to Constantinople in 610 AD. Heraklios left the image in Constantinople after the victory. In 626, the siege of the Avaren and Slaves is said to have been averted after prayer before this image. The image is also thought by many to have been the icon given by Empress Eudokia to her sister-in-law Empress Pulcheria in the fifth century.

Whatever its actual origin, it became part of the Venetian loot when Constantinople was sacked in 1204 during the fourth Crusade. The original disappeared after that. The Nicopoia in San Marco is most likely a copy made after the difficulties with iconoclasm.
Copies are what we see now.  At various times, iconographers have added precious jewels to the icon, but these have been stolen.  I'm not sure if the original is still around.  But this icon was carried in a ship in the Battle of Lepanto.
And also, the icon was given to the primate in the Ukraine, in 2001.  They need her prayers, now.
"Thou art an impregnable wall and a source of miracles enabling us to subdue enemy attacks, O Mother of God. Wherefore we pray thee grant peace to the world and great mercy to our souls."
at April 30, 2014

Email ThisBlogThis!Share to TwitterShare to FacebookShare to Pinterest
Labels: Icon of the the Virgin of Nicopeia, Our Lady of Victory, Pius V, Ukraine
Newer Post Older Post Home 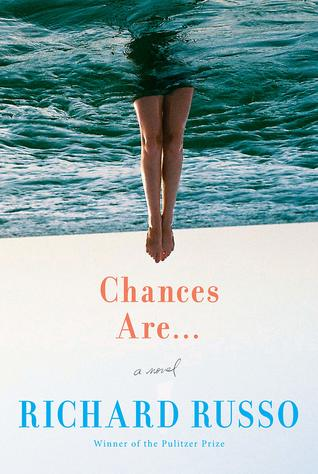