Infertility Can Become An Obsession 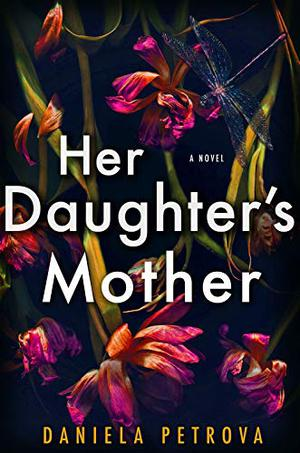 Infertility can be an obsession.  I know from my own experience.  Even though I have three children, I did go through some fertility treatments because I wasn't getting pregnant.  The first time was an easy solution.  I wasn't ovulation and that probably was from a ruptured appendix trama, when I was eleven/twelve years old.  After my first child, five years went by before I sought medical answers, again.  Exploratory surgery opened my tubes.  I was happy with two children but God unexpectantly gave me a third. Thank you, Jesus!

So I readily identify was Lana, the main character, who couldn't get pregnant, in Her Daughter's Mother by Daniela Petrova.  Lana chose to have an egg donor fertilized with her partner's sperm.  The only problem is that her partner left her.  Lana chose to continue.

When reviewing the donors, Lana saw a picture of a young, healthy egg donor who had the same ancestry that she had.  That's why she chose her.

One day, coming home she saw the egg donor on the train and decided to follow her to learn more about her.  Lana by this time was pregnant. Well as fate would have it, they met and became friends.

Not much later, the egg donor, the mother of the baby Lana was carried was murdered.  Or was she?

There's no dearth of suspects: Lana's partner--the sperm donor, the psychologist, a jealous boyfriend, and a few more. Lana does her own sleuthing and there are some thrilling scares. This novel is entertaining and a bit different.